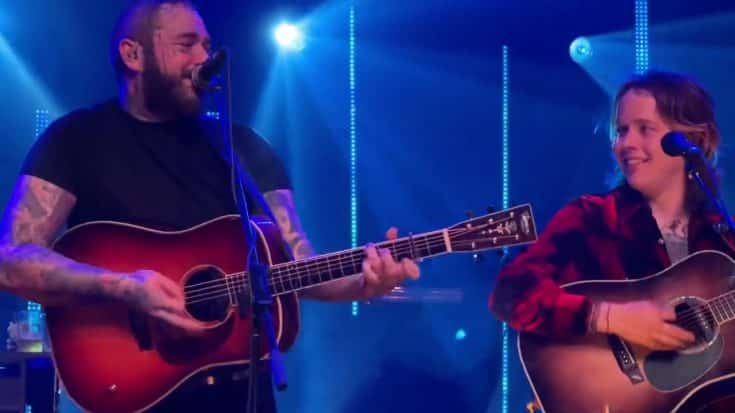 Post Malone and Billy Strings have collaborated on stage. The duo performed their rendition of Johnny Cash’s classic “Cocaine Blues” during a show in Southern California in Orange County.

As Malone walked on stage with a cigarette and a beer, he said:

“Billy Strings is the best to ever fucking do it.”

The pair have created their friendship ever since Strings posted on his Instagram in 2020, which read:

“Thanks @postmalone .. love you”

Strings is currently on his spring tour, which has stops ahead along various west coast U.S. cities, including Las Vegas for a sold-out show at the Brooklyn Bowl. There will be more U.S. and European dates to come.

Meanwhile, Malone has an upcoming new album, ‘twelve carat toothache,’ set to be released next month according to his manager’s recent statement. The new LP will clock in at around 45 minutes and would be his shortest to date, following his 2019 album Hollywood’s Bleeding.

“Trying to shove 20 to 25 songs, it doesn’t work. Talking to the label [it’s like], ‘Oh, if you have less songs, you’re not going to stream as much,’ but the whole thing is that you don’t want to compromise your art and your gut vibe on anything.”

Watch Malone and String’s performance below.