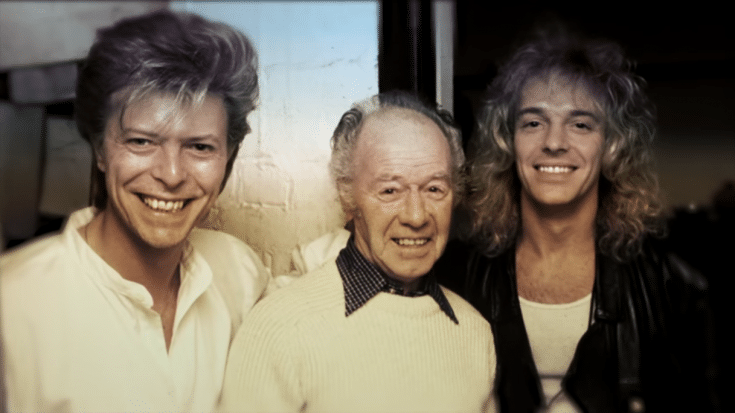 Peter Frampton’s upcoming covers album Frampton Forgets the Words will be out on April 23 via UMe and he previewed it with his rendition of the David Bowie 1985 classic ‘Loving the Alien’. This is rather deeply personal to him because Frampton was close with Bowie – not only were they childhood friends and went to the same school in UK, he also played as his guitarist on Bowie’s 1987 LP Never Let Me Down and even joined the Glass Spider World Tour where they performed ‘Loving the Alien’ every night.

His collaboration with Bowie served as a huge comeback for the rocker. He said in a statement, “It’s the biggest gift, career-wise, anyone’s ever given me. And I’ve never stopped thanking him.” He also added, “David [was] always a very generous man, and that was generosity to the max for me.”

In the video below, Frampton added personal photos and clips of him and Bowie. And in a new interview with Grammy.com, Frampton recalled that they first met when they were around 12 or 13 years old. Frampton’s father was actually Bowie’s art teacher for three years!