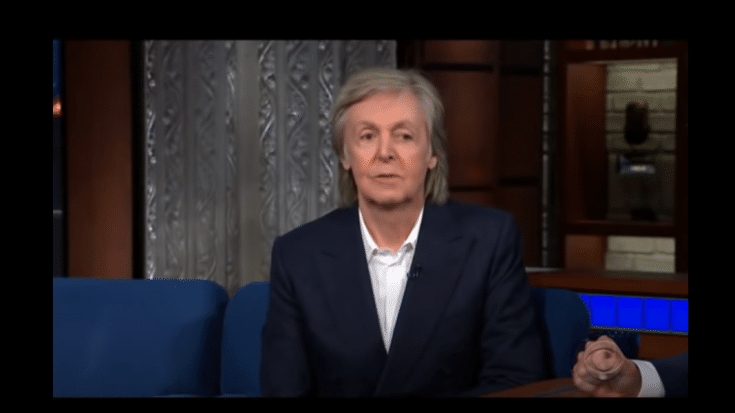 He Then Asked For Help

Just two days after the release of The Beatles’ Sgt. Pepper’s Lonely Hearts Club Band in 1967, a fellow ’60s rock legend Jimi Hendirx famously covered the title track. Hendrix apparently loved the album so much that he decided to open his headlining set at London’s Saville Theater with his own searing and fiery take on the Paul McCartney composition. The Fab Four released the groundbreaking and revolutionary LP on a Friday and by Sunday, Hendrix learned the song and played it live.

And McCartney himself was there along with bandmate George Harrison. Macca called it the “ultimate compliment” and “a shining memory” for him.

And in an interview on The Late Show with Stephen Colbert, McCartney recalled that particular performance. Apparently, aside from the two Beatles, The Who’s Pete Townshend and Eric Clapton were also there. They were all blown away by the solo but Hendrix threw his guitar out of tune. McCartney then said that Hendrix called out to another guitar god in the audience, Clapton, and asked for help in retuning his guitar.

It’s a story McCartney has repeatedly shared. Hendrix reportedly had no idea that one half of The Beatles were there watching his show.