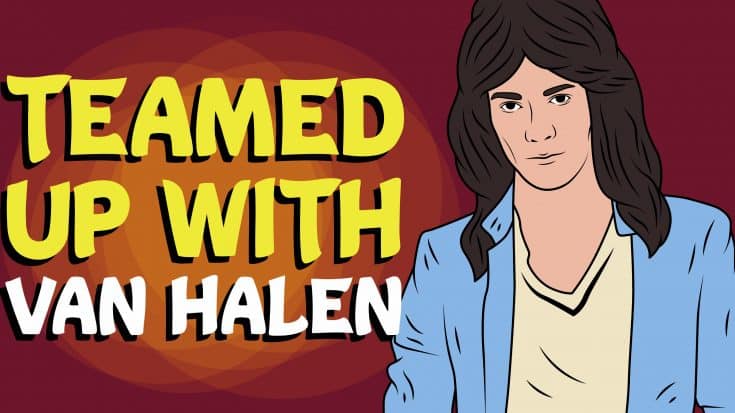 Eddie Van Halen collaborated with dozens of artists throughout his career – some became well-known while others were largely forgotten. His passion for music always showed through because he teamed up not just with rockstars but even those from other genre. Let’s revisit those collaborations.

In 1984, EVH surprised the crowd when he appeared on stage at John Waite’s show and played “Head First” with him.

They joined forces at the 1987 National Association of Music Merchants (NAMM).

At Patty Smyth and Scandal’s 1984 tour, EVH joined them at an LA gig for two songs – “Maybe We Went Too Far” and “River Deep Mountain High”.

During a tribute to guitar titan Les Paul at the Brooklyn Academy of Music, the group tore through “Hot for Teacher”.

At the opening of Sammy Hagar’s Cabo Wabo club, EVH performed with Steve Lukather and Brad Delp for “Wild Thing”.

They’ve been friends for years and often jammed together but in the ’90s, EVH joined West for a searing rendition of Mountain’s signature song “Mississippi Queen”.

For Neil Young’s Bridge School Benefit concert, EVH joined Simon & Garfunkel for a take on their classic “The Sound of Silence”.

At the 1991 National Association of Music Merchants (NAMM) show, the three of them teamed up as the Biff Baby’s All-Stars.

At the Jeff Pocaro tribute, EVH sat in for “Hold the Line” and also powered through “Fire” and “Ain’t Talkin’ ‘Bout Love.”

This was before the whole world found out that Sammy Hagar would be David Lee Roth’s replacement. It was unplanned and according to Hagar, “We didn’t have time to work nothin’ up” so they ended up covering Led Zeppelin’s “Rock and Roll”.

Allan Holdsworth was one of his heroes. In 1982, they jammed together onstage. Holdsworth recalled, “He came down to our first gig at the Roxy, and I was trembling in my shoes at the thought of all the people being out there. I was talking to him afterwards, and I said, ‘We’re coming down in the afternoon to do another soundcheck. Why don’t you bring your guitar?’… We thought it would be a good idea to do a jam together at the end of the night, so we worked out one of Edward’s tunes. We finished our set, came back on and played this tune together. It was great. It was fun – kind of a nice contrast to the rest of the gig.”

One of EVH’s more famous collaborations was when he transformed Michael Jackson’s “Beat It” and added a jaw-dropping solo. EVH joined MJ on stage at a 1984 concert in Dallas for his Victory Tour.