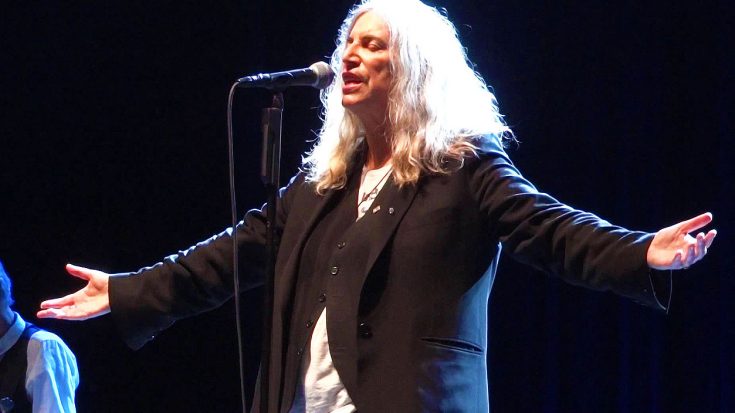 What a great gesture!

Earlier this month, a grave tragedy happened in Oakland, California, when a warehouse caught fire and burned down, killing 36 people in the process. It was the deadliest fire in Oakland history, and the deadliest in California since the San Francisco fire in 1903.

Since the tragedy many people have been paying tribute to the victims, but none has been more emotional than the one Patti Smith recently did. Patti performed a short set in New York City recently, and dedicated her song “Peaceable Kingdom” to the victims as a tribute. Her performance was incredibly moving, and her emotions, as well as the audience’s, were running high during the song. Her performance is fantastic, and we’ll give you a fair warning that you may need to break out a tissue box for this one!

Check out Patti’s performance down below, and let us know what you think!