After Eight Long Years, Jason Newsted Reunited With Metallica To Give This Heartfelt Speech… 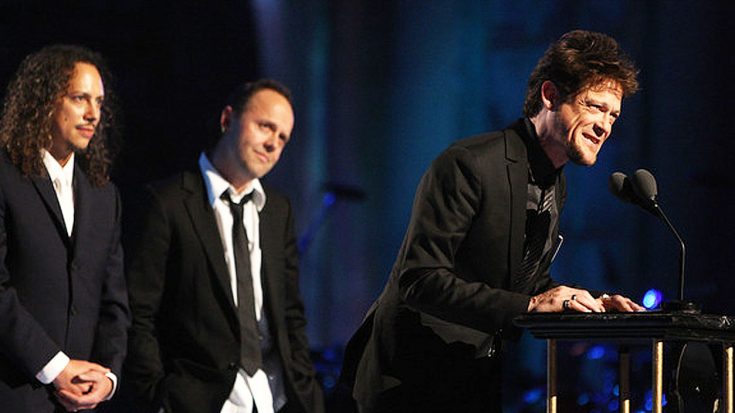 A Broken Relationship Mended Back Together

You probably already know that Metallica is one of the greatest and most influential heavy metal bands of all time, but they have had a good amount of rough patches in their illustrious careers. The notable of patches was when in 1986 the legendary bassist of Metallica, Cliff Burton was tragically killed in a bus crash. Rather than take time off, Metallica decided to continue on. They auditioned bassist and eventually came across Jason Newsted. he proved to be the perfect match for the band, but it would become very apparent that Jason was not going to have the best of times. The band grieved through Jason Newsted. He continue to take the abuse until one day he said “enough is enough”. He left the band.

But after eight years, at the 2009 Rock & Roll Hall Of Fame induction ceremony, Jason Newsted would reunite and make peace with the band and give his heartfelt speech. See for yourself.