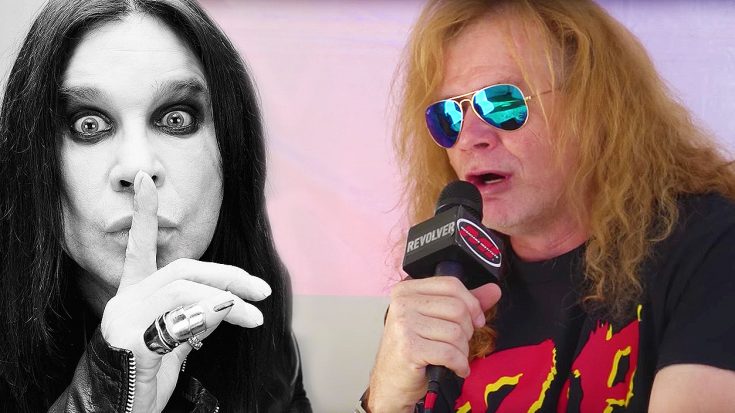 Black Sabbath were the fathers of original metal music. They pretty much started the trend of the genre, and every rockstar coming up at the time aspired to be them. Bands like Metallica, Megadeth and Iron Maiden  were inspired by Sabbath and Ozzy Osbourne and modeled their sound and success after them.

In a recent interview, Megadeth frontman and former Metallica member Dave Mustaine opened up about the first time he ever heard Black Sabbath. It’s a pretty crazy story, that would inspire his entire career!

“I was 13, going to high school, and the guy that lived in my apartment building, his name was Alfie… I may have the age off by a little teeny bit… But he was selling commercial pot; [it was] fifty cents a joint. So we would go to his house, buy some joints, smoke pot, and then listen to Black Sabbath. And his room, all the windows were blacked out and he had those fuzzy blacklight posters. So we would sit in there and listen to Sabbath forever. And it was a huge part of my growing up — not so much influencing me as a guitar player, but I loved the music.”– Mustaine revealed.

It’s a pretty great story! Mustaine also talked about the first time he met Ozzy Osbourne at a golf tournament with Frank Sinatra. Check out the interview down below, and enjoy!