Not Even A Lost Drumstick Is Enough To Throw Michael Cartellone Off His “Gimme Three Steps” Jam! 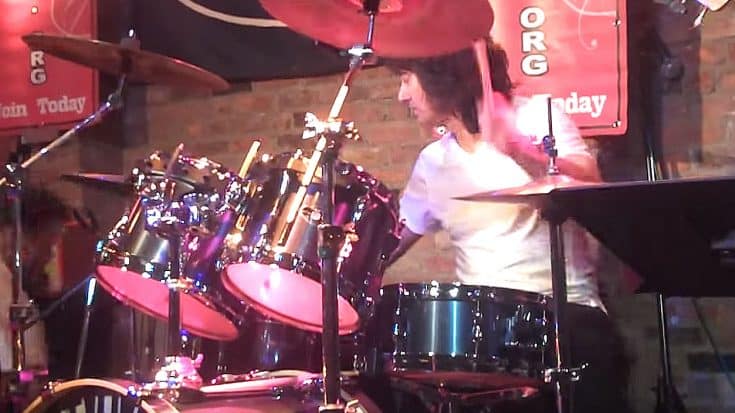 Good drummers know how to recover quickly when something goes wrong behind the kit during a show. Great drummers, as in the case of Lynyrd Skynyrd drummer Michael Cartellone, are already 5 steps ahead by the time disaster strikes and make it look incredible.

Known for being an integral part of Lynyrd Skynyrd’s world class rhythm section, Michael is second to none as a drummer; consistent, powerful, and as in the pocket as any drummer could ever hope to be, his drumming is the glue that holds Southern rock’s favorite sons together night after night and album after album, so when he hit the stage with friends back in 2010 for an impromptu jam of Skynyrd’s own “Gimme Three Steps” we knew we were in for a treat.

What we didn’t expect, however, was to see Michael actually lose a stick at almost a minute into the performance while attempting a stick twirl with his right hand. For any other drummer, this would have spelled disaster in the form of a lost rhythm at best and at worst, completely derailing the entire song; for Michael Cartellone, this just meant a little bit of fancy improvisation as he held “Gimme Three Steps” together with one hand and his feet until a drum tech could hand him another stick. In fact, if I’d only been listening as opposed to watching I’d never notice – that’s how flawless Michael’s drumming is! Check it out in the video below, this is something you’ve got to see for yourselves!