Two “Electricians” Play 77 AC/DC Songs In 5 Minutes In The Middle Of An Electrical Grid! 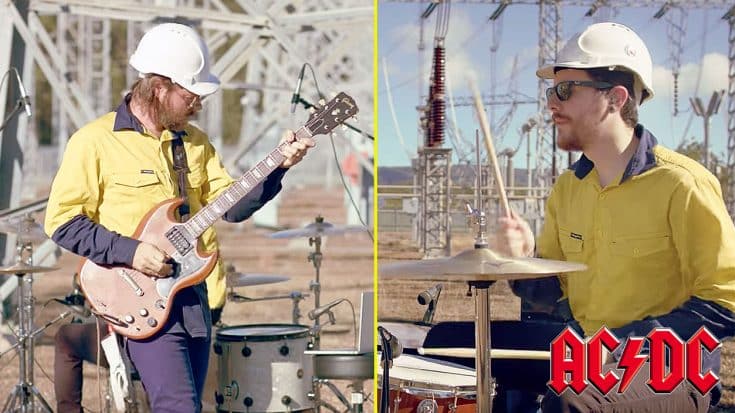 Quite A Shocking Experience!

All electricity puns aside, almost every classic rock rock fan can attest to the fact that AC/DC is without a doubt one of the most iconic and influential rock bands of all time. They have been consistently awesome for well over 40 years and they are still going strong today. They have a style, sound, and charisma that is often imitated, yet never duplicated. They are one of the best, pure and simple.

If you ask me, I’d say that the most covered songs in the world of rock are the ones by AC/DC. If you look online, there are literally hundreds of millions of AC/DC covers there. Some are good, and some not so much, but there are very few that are great. Here’s one of them!

What you’re about to watch is a video in which two musicians by the name of Kye Smith and Lindsay McDougall dress up as electricians and take centerstage at a local electrical grid playing a five minute chronology of AC/DC discography. To put it simply, this is an ELECTRIFYING performance! Don’t believe me? See for yourself!