Most Iconic Moment Of Woodstock ’69 Caught On Camera 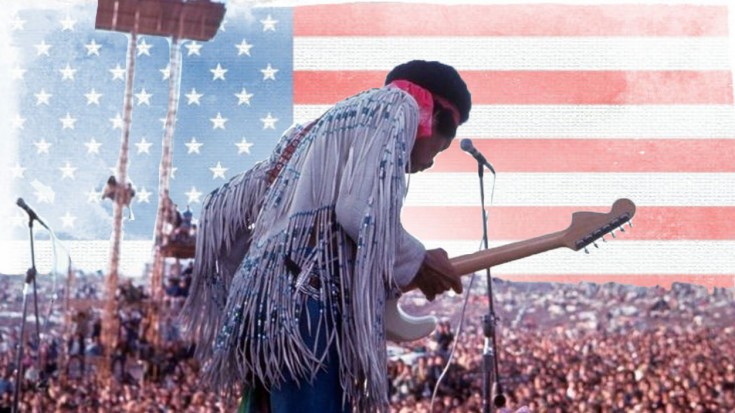 Jimi Hendrix plays his guitar and interpreting the Star Spangled Banner in a way that will live on in rock history. Behold, the legendary performance in Woodstock. This is perhaps one of the main reasons why I envy those who went to this iconic music festival. Watching this gave me goosebumps, I can’t help but think how mesmerized those who were actually there. His rendition of the US National Anthem just set the bar for every other musician. In addition to the amplifier feedback, he also used distortion and another equipment that will mimic the sounds made by falling bombs and rockets. A few weeks later, Jimi Hendrix talked about his ‘special effects’:

“We’re all Americans … it was like ‘Go America!’… We play it the way the air is in America today. The air is slightly static, see”

It was electrifying and even became a highlight of the event. But this isn’t the first time he performed the ‘Star-Spangled Banner’, in fact, there are about 50 recordings of Hendrix playing the National Anthem.