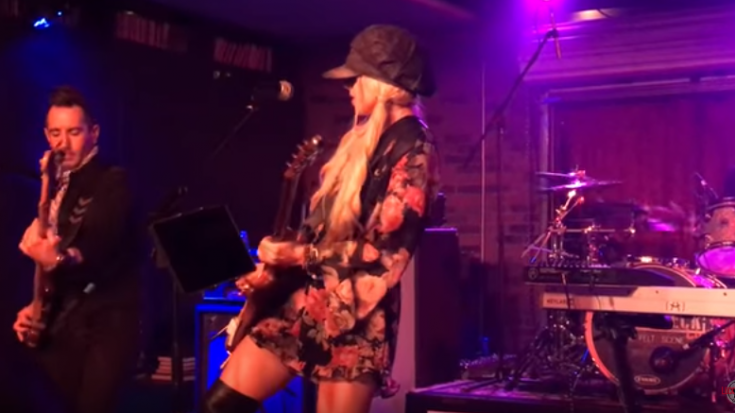 When she rocks, she rocks hard. And that’s probably why we love her. I take pity on that guitar though, she almost ripped that apart. LOL. Forget that she was part of Elle Magazine’s 12 Greatest Female Electric Guitarists or was Guitar International Magazine’s “Breakthrough Guitarist of the Year” in 2010, all you have to do is watch the video and be amazed. Let’s face it, she wouldn’t be sharing the stage with Michael Jackson, Alice Cooper and John Mayer if she didn’t have the guitar chops. Cooper even said Prince tried stealing her from him. Wow! And how can we not remember her tribute to Carlos Santana during the 2008 Kennedy Center Honors Gala? She even played with the Hollywood Vampires for their “Whole Lotta Love” song for their self-titled debut album released last year.

Orianthi has performed alongside some of the best musicians. And it’s no wonder why. She’s one insanely talented guitarist!