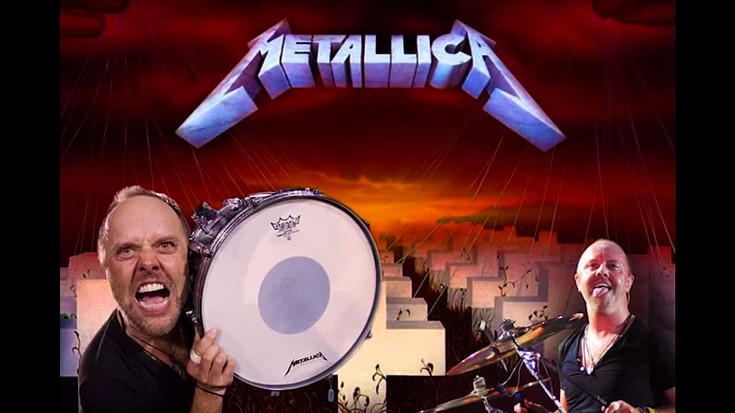 Thanks A Lot, Lars

It’s no secret that Metallica’s 2003 effort St. Anger wasn’t their best. In fact…it was one of the worst albums ever released by the band, known for mega platinum albums like Kill Em All, Ride The Lightning, and 1991’s iconic Metallica, better known as the Black Album. In comparison, St. Anger’s heavy snare drums made the album nearly impossible to enjoy, and to emphasize exactly how awful the snare drums on that album were, some kind soul on YouTube took it upon himself to add those very snare drums to Metallica’s ‘Master Of Puppets’.

Fun Fact: St. Anger was a departure for the band with its raw production style, most notably the much-discussed snare sound. It also marked a turbulent period for the band; James Hetfield’s rehab stint and Jason Newsted’s exit.

Guys, we can’t stop laughing – it’s so bad! It’s so hilariously awful when paired with the original ‘Master Of Puppets’, known for its big, almost punishing sound. It almost makes us wonder if St. Anger was secretly a fantastic album, and we just missed out because the snare drums were intolerable. The world may never know, but in the meantime, at least there are other Metallica albums to go back to for comfort.