Kenney Jones: “Faces Could Have Done A Lot Better.” 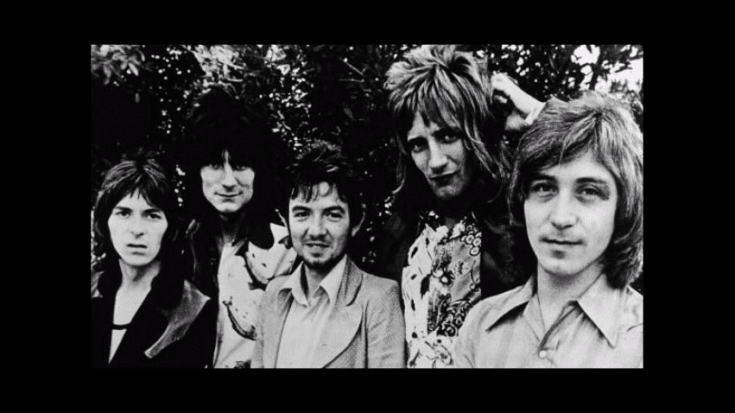 In a new interview with Uncut, drummer Kenney Jones looks back on his time with Faces on their 50th anniversary. He recalls that they were rather “unmanageable” mostly because of “boredom creeping in on the road.” Prior to recording, they would get bored and go down the pub. He admits they could’ve done a lot better if they weren’t drinking while working on their music.

He says, “It was very frustrating sometimes, when we went in to record, because I feel that we were working things out as we went along. We’d do a riff then see if we could make it work, rather than go in with a finished song. A few of them we’d already pre-written – like “Sweet Lady Mary” – but mostly they were done as we started playing. Musically, I think we could have done a lot better had we been more sober.”

He adds, “As well as having a reputation as drinkers, we all shared the same humour. We were a bunch of piss-takers. [Manager] Billy Gaff was Irish, a lovely guy. But he could never have a serious group meeting with the Faces, as we’d be putting things on his head and throwing stuff. It meant he could never discuss anything. How he ever made any decisions, I’ll never know. Tony Toon was our publicist. We used to treat him the same way. I remember one of our group meetings round at Billy Gaff’s, who lived at the back of Shepherd Market. There was a club at the bottom and we all fancied a drink.”

Small Faces/Faces were inducted into the Rock and Roll Hall of Fame in 2012. Meanwhile, Kenney Jones also went to work with other artists like The Who, The Rolling Stones, Chuck Berry, and Jerry Lee Lewis, to name a few.