Bon Jovi Performs Lockdown Version Of “Limitless” In The Voice 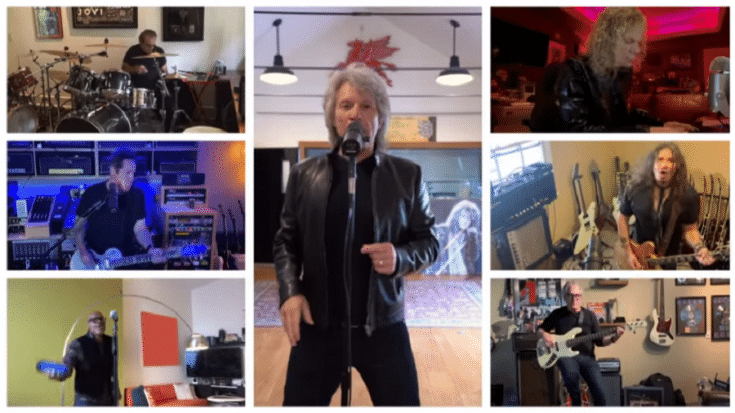 Bon Jovi Has Done It Again

Jon Bon Jovi has been making sure he does his part during the coronavirus pandemic – from cancelling shows so people can get full refunds to releasing at-home performances and new tracks to keep fans entertained amid the COVID-19 lockdown.

And now for the two-hour season finale of NBC’s The Voice last May 19, he remotely got together with his band and performed their new single “Limitless” – a follow-up to the anthemic “Unbroken.” It’s featured on their upcoming studio album “Bon Jovi 2020.”

“Bon Jovi 2020” was slated for release last May 15 but JBJ moved it to fall – the specific date hasn’t been announced yet.

Jon Bon Jovi has participated in a couple of benefit shows like “Jersey 4 Jersey” and “A Night Of Covenant House Stars.” He’s also been washing dishes at his Soul Kitchen in Red Bank and visiting the restaurant for “five days a week.” A few weeks ago, he debuted the song “Do What You Can” on the “Jersey 4 Jersey” event which benefited the New Jersey Pandemic Relief Fund. He told Howard Stern, “I wrote a song about the situation that we’re in. So I’m gonna perform that in its entirety for the first time ever.”