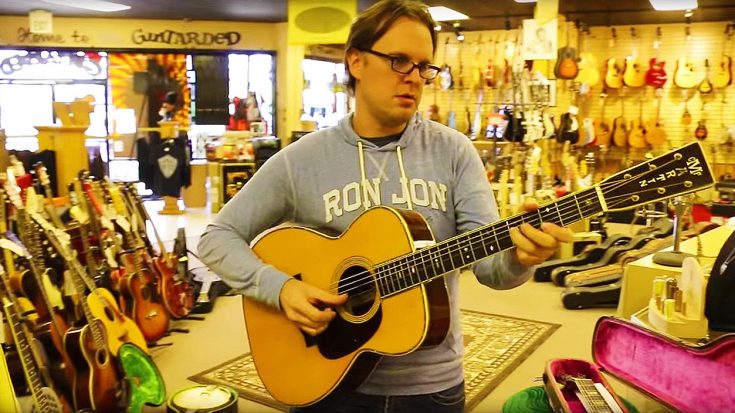 A different side of Joe’s skills

In Tarzana, California, just passed Los Angeles, lies a world famous guitar shop that’s every music fan’s dream! Norman’s Rare Guitars is the Disneyland of guitars, containing some of the world’s most exotic, creative and (of course) rarest guitars. Norman’s is also a hotspot to catch some of the most popular guitarists popping in for a visit. Ritchie Sambora, Oranthi and many more are common faces that visit Norman’s!

Another regular, is Joe Bonamassa! Joe pops in and checks out Norman’s ever-changing collection, and will often walk out with a few in hand that he purchases. Known for his skills on the electric guitar, it’s very rare to see Joe play an acoustic guitar. But in this rare clip, he shows off his acoustic skills as well!

Bonamassa grabs an acoustic guitar, and begins to play it. As soon as he begins playing, people immediately grab their cameras to capture this exclusive moment! He pulls off some improvisation, and then proclaims, “Acoustic is not my first instrument.” However, we can hardly tell by the way he plays in this clip!

The guitar he’s playing is over 80 years old, but by the way it sounds, you can hardly tell!

Check out the awesome clip down below!