What Happens When This 11-Year-Old Girl Plays ‘Living On A Prayer’ On Guitar? You’ll Be Stunned! 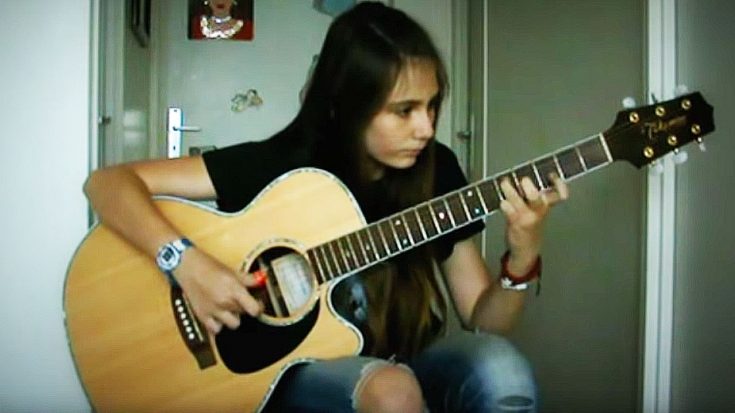 This Young Girl Pays The Ultimate Tribute To Bon Jovi!

When talking about bands that are ever so widely beloved and have songs that were, are, and always will be true rock anthems, there are obviously many bands that come to mind. One of those bands being Bon Jovi. This is a band that has been at the forefront of the rock game ever since their illustrious debut. Their style, charisma, persona, and most of all, songwriting are the stuff of legend. But with that being what many people would consider a “big boy’s game”, what do you think would happen if an 11-year-old girl took to her guitar to cover one of their songs? Short answer, amazement!

What you’re about to watch is an 11-year-old girl by the name of Tina take to her acoustic guitar and cover Bon Jovi’s hit song Living On A Prayer. What makes this video amazing is the fact that Tina is not only playing the guitar part, but also the main melody. See for yourself!