Phil Collins Reveals The Jaw-Dropping Story Of How He Wrote The Lyrics To This Hit! 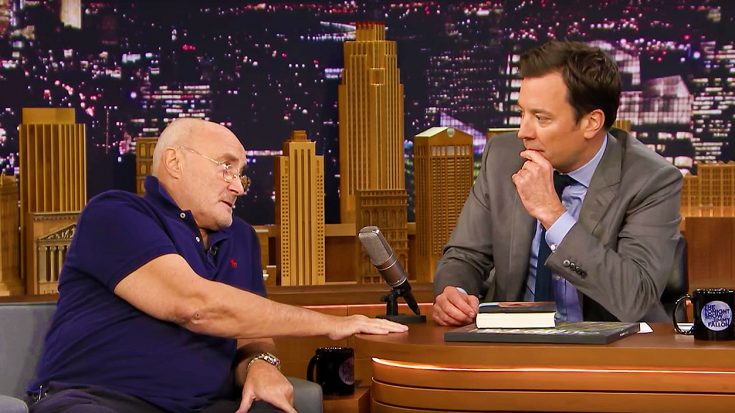 We finally know the truth!

One of the most debated lyrics in the history of rock music, is Phil Collins’ timeless hit “In The Air Tonight.” The interpretation of the song has been debated, argued has almost become a rock n’ roll legend. But now, one of the most common myths of this classic has been debunked, thanks to Phil himself.

In promotion of his new memoir and upcoming release of his singles compilation album, Collins stopped by The Tonight Show Starring Jimmy Fallon, and sat down with Jimmy to talk about his recent return from retirement. During the interview, Jimmy asked about the meaning behind the lyrics to “In The Air Tonight.”

The common theory is that the song is about Phil witnessing a man drowning. When he cries out for help, the person he was with watches him drown, and doesn’t assist him at all. In response, Phil didn’t tell the cops, but rather invited him to his concert, and performed the song while a light shined down on the man to single him out from everyone else in the audience.

Phil revealed that although the story is great, it’s all made up. The lyrics are actually about divorce, and Phil’s failed marriage. If you go back and listen to the song knowing this, it makes just as much sense as the false theory. Pretty interesting stuff!

You can watch the interview down below!