Jimi’s Most Memorable Interview: “I’m Not The Greatest Guitar Player” 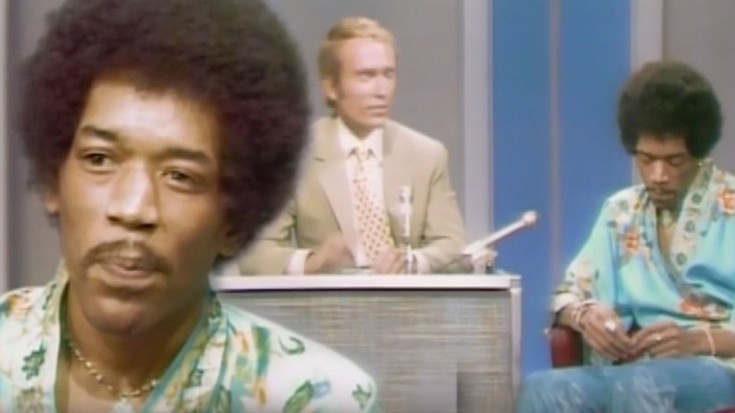 In the most humble interview we have ever seen, Jimi Hendrix graced the audience with his modesty at the Dick Cavette show in 1968 just 2 years before his unfortunate passing.

Having played shows around the world, with millions of fans hanging at his sides, a humble and human Jimi admits to *not being able to read music.*

“Do you read music?” Dick asks the legend, “no, not at all” Jimi states.

So you’re telling us Mr. Hendrix, that you can perform some of the greatest guitar solos in history, and have, and you cannot read a lick of music?!

“I am the greatest guitar player in this chair…”

As Dick states “you’re considered one of the best guitar players in the world” Jimi bashfully drops his head and says “aw…no..”

We love you Jimi and miss you dearly…