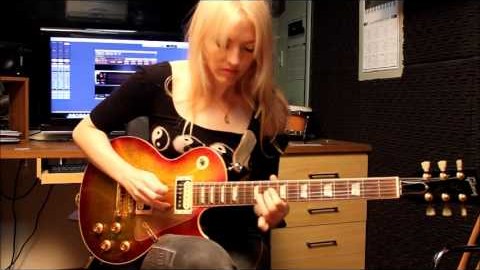 “Another Brick in the Wall” was written by Roger Waters and released on November 30, 1979 for Pink Floyd’s eleventh studio album “The Wall.” There are three songs under this title and Part II was included in The Rolling Stone Magazine’s “The 500 Greatest Songs of All Time” at number 375. However, in 1980, the single and the entire album was banned in South Africa.

Each of the three parts has a similar tune, and lyrical structure (though not lyrics, aside from the “all in all” refrain), and each is louder and more enraged than the one before, rising from the sadness of Part I to the protesting Part II to the furious Part III.

Part III is notably louder than the other two (but also the shortest) because it’s an expression of Pink’s rage. The live version, however, extends into an instrumental. Guitarist Emily Hastings does a killer version of the guitar solo. She has been featured in Guitar World because of her incredible covers!

Pink decides to finish this wall as a result of his rage after his wife’s betrayal. He states that he has seen “the writing on the wall”. He concludes that he no longer needs anything at all, dismissing the people in his life as just “bricks in the wall”. The song also contains the line “I don’t need no drugs to calm me”, foreshadowing what is going to happen in the song Comfortably Numb.

Enjoy her great style of playing. Her technique is awesome!