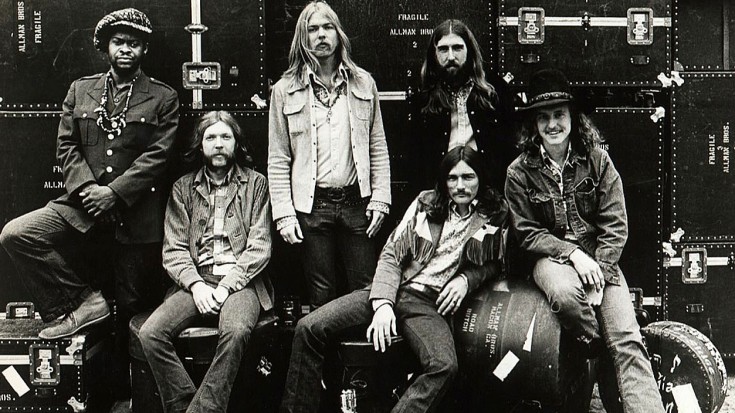 Before Lynyrd Skynyrd’s “Free Bird” became the rallying cry at every concert after 1973, it was The Allman Brothers Band’s “Whipping Post” that bands heard after asking their crowds what they wanted to hear next. With roots dating back to late March 1969 and a 21-year-old Gregg Allman frantically writing its lyrics down on an ironing board with a struck match, “Whipping Post” goes down in music history as one of the greatest jams of all time for its shrieking lead guitar statements, lyrics touching on existential sorrow, and impossibly tight rhythm section – and that’s just the album version!

Fun Fact: It was this recording that garnered “Whipping Post” spots on both the Rock and Roll Hall of Fame’s 500 Songs that Shaped Rock and Roll list and Rolling Stone’s list of “The 500 Greatest Songs of All Time”.

The Allman Brothers Band’s power on “Whipping Post” isn’t fully realized until it’s put to the test in a live setting, where the song takes on a life of its own and becomes something far bigger than the band itself; in the live performance at the Fillmore East, you don’t just hear “Whipping Post” – you hear some of the most talented musicians on earth come together for a perfect storm of raw emotions and limitless talent, highlighted by the genius of the late Duane Allman on guitar.

Is “Whipping Post” the greatest song ever written by The Allman Brothers? We don’t know – but this footage is enough to convince us that it might very well be!