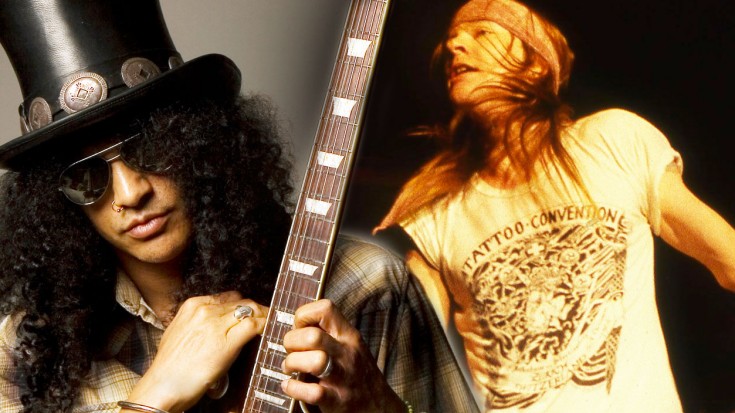 What’s so civil about war, anyway?

It’s 1992: Guns N’ Roses are on top of the world and their album Use Your Illusion II is dominating the charts, featuring rock epics like ‘Civil War’. Leave it to Guns N’ Roses to make the Civil Rights struggle, the Vietnam War, and the assassination of President Kennedy cool to the MTV generation by meshing them with their brand of fast paced rock and blistering guitar solos!

‘Civil War’ is vastly different from anything else in Guns N’ Roses’ vast catalog; it’s protest song on war, referring to all war as “civil war” and stating that war only “feeds the rich while it buries the poor”.

This performance in Paris is amazing! From the intro featuring a monologue from Cool Hand Luke and Axl’s showmanship, to the end featuring Slash’s blistering take on Jimi Hendrix’s ‘Voodoo Child (Slight Return)’, Guns N’ Roses packed a lot into an incredibly powerful performance that showed Axl and Slash’s incredible musical abilities and the reason why we all miss Guns N’ Roses as we once knew them.

“What we’ve got here is failure to communicate.
Some men you just can’t reach…
So, you get what we had here last week, which is the way he wants it!
Well, he gets it!
N’ I don’t like it any more than you men.” *

D’you wear a black armband
When they shot the man
Who said, “Peace could last forever.”
And in my first memories
They shot Kennedy
An’ I went numb when I learned to see
So I never fell for Vietnam
We got the wall of D.C. to remind us all
That you can’t trust freedom
When it’s not in your hands
When everybody’s fightin’
For their promised land