One Of Jimi Hendrix Best Solos Ever 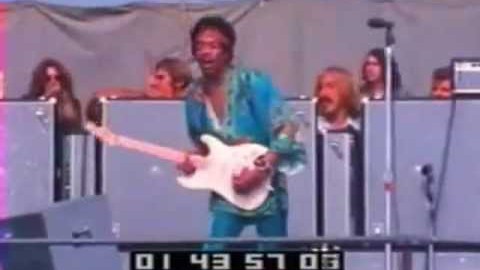 Jimi Hendrix Going H.A.M On This One

This is some rare footage of the Newport Jazzy Festival in 1970 of Jimi performing which might possibly be, the greatest solo of all time. If it’s not, then it is definitely up there for sure. He just goes off to a point of no return and enters into a world of shred. This is a crazy 7 minute solo worth every second of watching! We love sessions like this. We’re just glad it was actually captured on film.

“What I found refreshing about him was his intensely self-critical attitude toward his music. He had this enormous gift and a fantastic technique, like that of someone who spent all day playing and practicing, yet he didn’t seem that aware of it.” – Eric Clapton on Jimi Hendrix

There is no doubt that there will never be another Jimi Hendrix with his signature tones and style. A classic rock icon for sure!