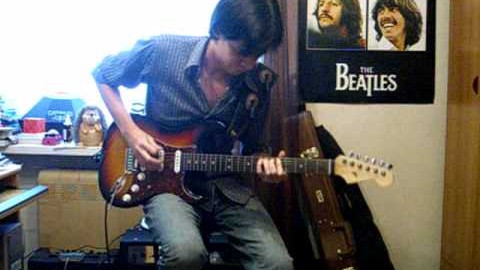 Found this guy doing an awesome cover of Testify. One thing we started to notice was…dude looks just like Stevie! Not only does he play like SRV, but he even looks like him too. Pretty cool really. It’s always fun to see and hear people making tribute to one of the greatest guitarists of all time. SRV was just on another level. His guitar playing was unlike anything else.

“Jimmie would leave his guitars around the house and tell me not to touch ’em. And that’s basically how I got started. I actually wanted to be a drummer, but I didn’t have any drums. So I just go into what was available to me at the time.” – Stevie Ray Vaughan

Great work on this cover. SRV tunes aren’t the easiest ones to play but dang, he nailed it. It’s all sorts of awesome because it’s crazy just how good this is.