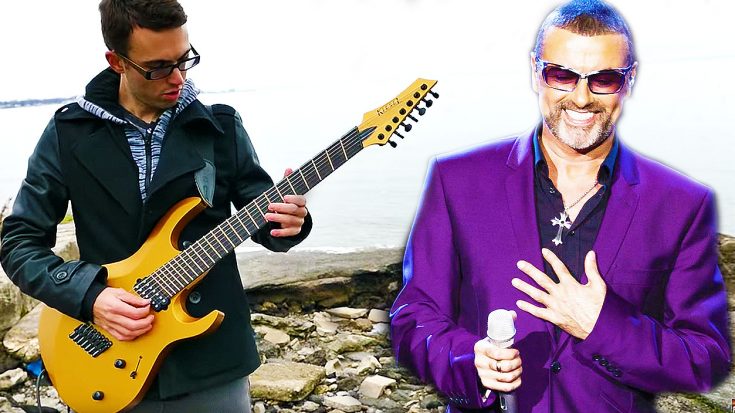 Never thought we’d here the song quite like this!

During the tail end of 2016, we were struck with a great tragedy when singer, song writer and performer George Michael passed away. George was an incredibly talented musician, and a wonderful human being that left a lasting light in the world.

Since his passing, there have been many tributes to the late star. This tribute in particular is one of a kind! YouTuber SteveTerreberry‘s tribute was a rework of George’s classic hit “Careless Whisper.” Steve reworked the song into a metal style arrangement, swapping out the saxophone sound for a guitar! The cover is incredibly melodic, and sounds pretty damn fantastic! It’s definitely a different take on the song, and one that we’ve never heard before!

Fun Fact: Contrary to popular belief, this song was NOT based on an actual event in George Michael’s high school dating life, but rather he thought the whole thing up while boarding a bus. It was a fictitious story, but the tune was great and the song was a hit.

Check out Steve’s amazing cover down below, and let us know what you think!