Comedian Jim Carrey’s Whacky And Quirky Take On The Beatles “I Am The Walrus” Is Everything! 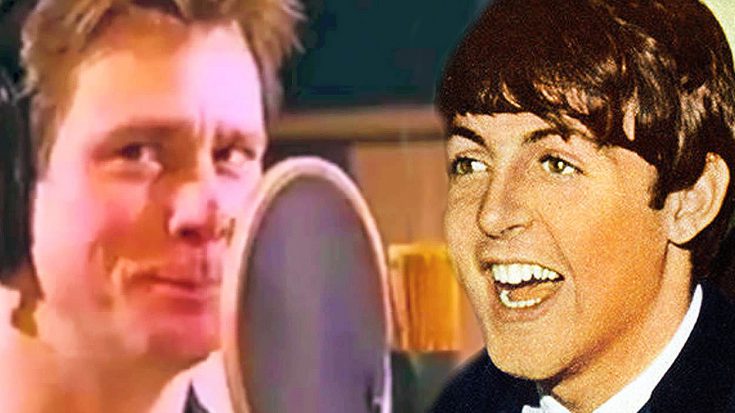 If You Thought This Song couldn’t get any weirder, you were wrong

If you made a list of the most bizarre songs in music history and didn’t include The Beatles’ “I Am The Walrus,” you would have to tear the list up and start over. This mind-boggling track off of the band’s Magical Mystery Tour album is definitely a ridiculous song with a mysterious meaning to its lyrics.

It’s pretty difficult to think that this song could get any wilder, but after watching this video, you’ll realize you were wrong all along. Comedian and actor Jim Carrey recorded a cover of this song, and made it even more ridiculous than the song already is! Being incredibly weird already, Carrey covers this song in a hilarious manner and completely flips the song onto its head! It’s pretty hilarious, and awesome at the same time! Also, check out the fact that George Martin (who is considered as the 5th Beatle), is helping Carrey record this version! We’re pretty positive that if John Lennon heard this version, he’d smile! He always had a great sense of humor and was a sucker for funny voices!

Check out Carrey’s hilarious version of this classic down below!