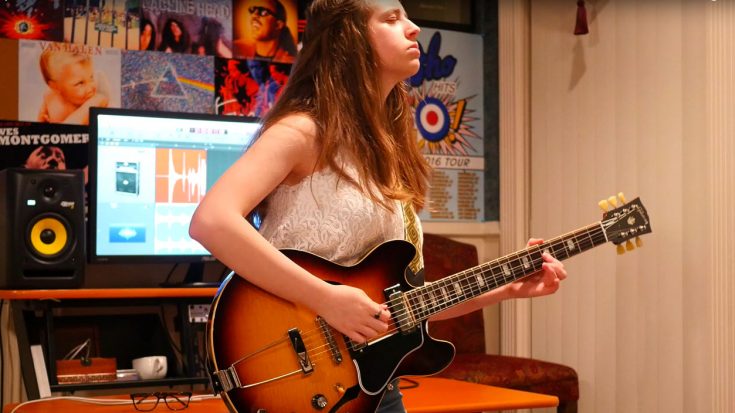 Get A Load Of This!

Last week we featured a talented young lady named Ayla who, with her Fender Stratocaster, dished out a pretty terrific cover of Stevie Ray Vaughan’s “Pride And Joy”. The 15-year-old is back this week with a cover of Jimi Hendrix’s “Hey Joe” and guys, let us just say that if you weren’t sold on Ayla before, you’re about to be because this girl absolutely tears it up! Opting for a Gibson instead of her usual Fender, Ayla is yet again a force to be reckoned with as she tackles Hendrix’s 1966 debut single and as she dazzles with her own interpretation of “Hey Joe,” she’s self aware enough to admit that her own version might not sound the way Jimi Hendrix fans would expect it to, but hey – “Jimi wouldn’t have wanted me to sound just like him, anyway!”.

Fun Fact: Released in December 1966, Hendrix’s version of “Hey Joe” became a hit in the United Kingdom, entering the Top 10 of the UK Singles Chart in January 1967 and peaking at #6.

The fact that she’s abandoned her Fender Strat in exchange for a Gibson is surprising given that Jimi favored Strats but somehow, it adds to the appeal of Ayla’s cover and immediately makes you sit up and pay attention; this isn’t a kid determined to please everyone with her covers, not by a long shot. Ayla is here to share her passion with the world, and she’s not afraid to break a few rules in the process. Keep an eye on this young lady, everyone – I have a feeling we’ll be seeing some great things from her in the near future!