In Budokan 1994, Yngwie Malmsteen Cemented Himself As A Guitar God With Iconic “Black Star” Solo 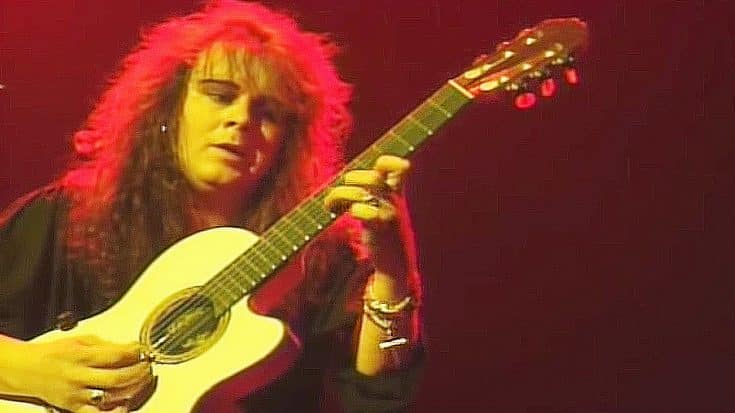 Whether you love him or hate him, there is no denying that the classically inspired shred master named Yngwie Malmsteen is one of the most highly regarded and influential guitarists of the last 40 years. Whether you want to admit it or not, it’s true.

Many critics often just see the exterior of his playing style with can be called “just a lot of shredding”, but what many of those critics do not realize is that Yngwie Malmsteen is probably responsible for the now famous intertwining of classical music and electric guitar.

So, all of that being said, there are plenty of reasons why Yngwie Malmsteen is so highly regarded, but I think the main reason is this…

What you’re about watch is Yngwie Malmsteen take to the stage in Budokan, Tokyo and perform his most iconic song Black Star. If you were one of those people that though Yngwie Malmsteen is slightly overrated, just have a look at this!