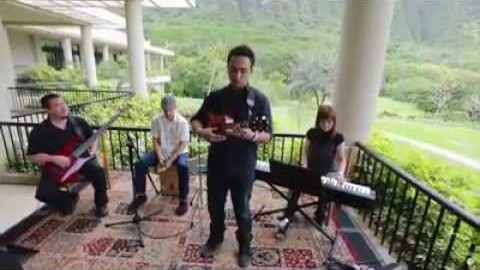 Probably one of the best renditions of “Europa” we have ever heard! Just a beautiful mix of keyboards, bass, cajon…and….a ukulele! This guy kills it! You can check out the part at 4:35 where the guy just goes off! Gotta love the musicianship going on here. Definitely a solid cover and band.

“I started writing this song in 1966 or ’67, but didn’t finish it until ’75 when we were on tour with Earth, Wind and Fire, in Manchester, England. We were backstage while they were onstage playing. And we were just warming up, tuning up. I started playing it and [keyboardist] Tom Coster and I completed it right there on the spot. It immediately became a crowd favorite; it is one of those songs that, whether it’s played in Japan or in Jerusalem or in South America, it just fits right in with everything.” – Santana

It’s an interesting back story for something that’s widely considered as a masterpiece. Props to this group for a splendid rendition!