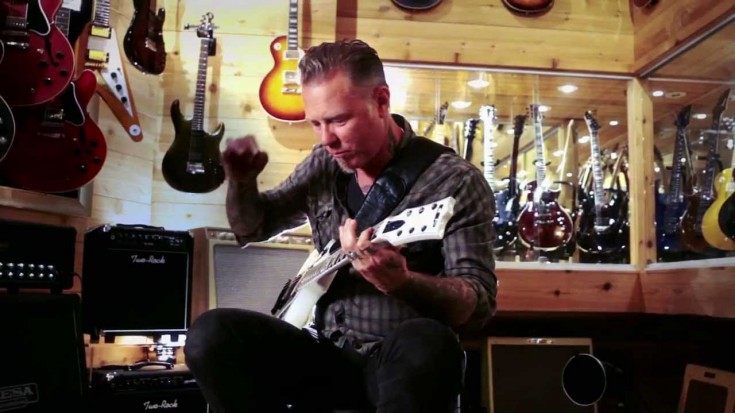 What’s better than shooting the stuff with the lead man of Metallic James Hetfield??? Not much!! Gotta watch this interview with James of him reminiscing his roots and where he got started from and how. Basically he got started in a cover band back in high school, and got better because the other guitarist wouldn step it up, so it was pretty much iron sharpening iron. Also in this clip you will hear James jamming out! It doesn’t get much more raw and heavy than this! So sit back, relax and enjoy the mini show he puts on.

“Music was the voice I didn’t have.” – James Hetfield

Metallica is a legendary band so it’s always refreshing to hear some of their humble beginnings. Think about it: would metal be the same if James’ mom didn’t buy him that guitar? We’re incredibly thankful she did. Also, this guy’s genuinely kind and humble.