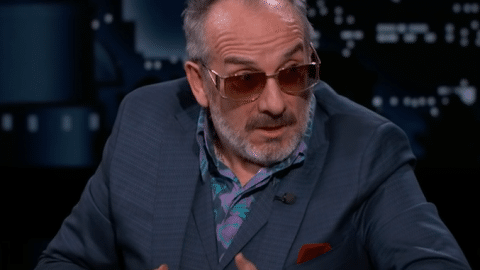 Costello wrote the song about the conflict in Northern Ireland that took place during the ‘70s, the lyrics contain a racial slur used to describe Irish Catholics noting, “Only takes one itchy trigger; One more widow, one less white [N-word],”

Costello admitted to the Telegraph,

“If I wrote that song today, maybe I’d think twice about [the lyric],” and continued, “That’s what my grandfather was called in the British army — it’s historically a fact — but people hear that word go off like a bell and accuse me of something that I didn’t intend.”

“Oliver’s Army” was included on the 1979 LP Armed Forces, hit No. 2 in the U.K. and remains the highest charting song of Costello’s career. At the time of release, the song aired on radio stations uncensored, until 2013, when a BBC station bleeped the slur to the dismay of some listeners.

“They’re making it worse by bleeping it for sure. Because they’re highlighting it then. Just don’t play the record!”

“On the last tour, I wrote a new verse about censorship, but what’s the point of that?” he questioned. “So I’ve decided I’m not going to play it.”

Costello’s new album, The Boy Named If, arrives on January 14 and he will hit the road for a U.K. tour in June.