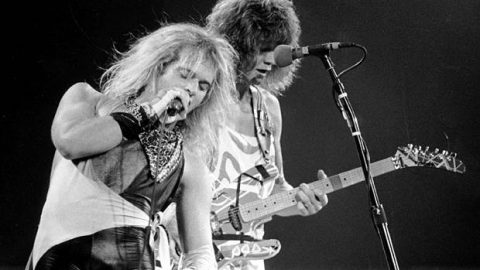 1972 seems like a good year to start a career in music. We list down 9 bands that are turning 50 years this year, take a look at it below,

The Swedish pop group responsible for the classic songs like “Dancing Queen” and “Mamma Mia” was originally formed in 1966 by Bjorn Ulvaeus and Benny Andersson. Later on, Agnetha Faltskog and Anni-Frid Lyngstad was added, thus forming the acronym ABBA. Eventually, this quartet was composed of two couples when Ulvaeus and Faltskog got married, followed by Andersson and Lyngstad. They took a break in 1982 and reunited in 2016. Last year, they released their latest album Voyage.

This British rock band was first called Ace Flash and the Dynamos then later on shortened to Ace. The members Paul Carrack, Alan King, Tex Comer, Fran Byrne and Phil Harris were from other bands in England, including Warm Dust, Mighty Baby and The Action. They are best known for their hit single “How Long?”, which was a UK top-20 single in 1974 and reached No 3 in the US in 1975.

In 1972, Tony Clarkin, Bob Catley, Kex Gorin and Bob Doyle originally formed the band, then Jim Simpson, Wally Lowe and Mark Stanway was added. Their first album, Kingdom of Madness was released on Jet Records at the end of 1978 then they took several-year of hiatus toward the end of the 1990s. Today, Magnum are actually still together with Clarkin and Catley remaining as the two original members.

Originally brothers Chuck and John Panozzo first formed a band with Dennis DeYoung and Tom Nardini. They were called The Tradewinds at that time, then later changed to TW4 which means There Were 4. Eventually, John Curulewski replaced Nardini and James “J.Y.” Young joined the band. In 1972, they signed in to Chicago-based independent record label called Wooden Nickel Records as Styx and released their self-titled debut album.

They were the primary band that has played with Bruce Springsteen. Members Danny Federici, Clarence Clemons, Vini Lopez, David Sancious and Garry W. Tallent played the instruments in Springsteen’s 1973 debut album Greetings from Asbury Park, N.J. In 2014, the band was inducted into the Rock and Roll Hall of Fame.

This band was founded in England in 1972 by members Paul Weller, Bruce Foxton and Rick Buckler. The height of their career was at the same time as their new-age punk bands such as the Sex Pistols and The Clash. In 1977, they released their debut album In the City.

This group formed in late 1972 by Jay Jay French and was initially called Silver Star. The band got their mainstream success after singer Dee Snider joined them in early 1976. Their first records were Under the Blade in 1982 and You Can’t Stop Rock ‘n’ Roll in 1983.

Legendary Van Halen was first called Genesis and then Mammoth. Rockstar icon Eddie Van Halen was initially the band’s vocalist then later in 1973 David Lee Roth joined and became the singer. They officially changed their name to Van Halen in 1974 and released their self-titled debut album in 1978. In 2007, the band was inducted into the Rock And Roll Hall Of Fame.

They were first called Star Park after Andy Partridge form the band. At the end of 1972, Colin Moulding and Terry Chambers joined Partridge followed by guitarist Dave Cartner. They changed their name to XTC which means Ecstasy. In 1978, they released their first album White Music.