John Burke Shelley Bassist For Budgie Passed Away At 71 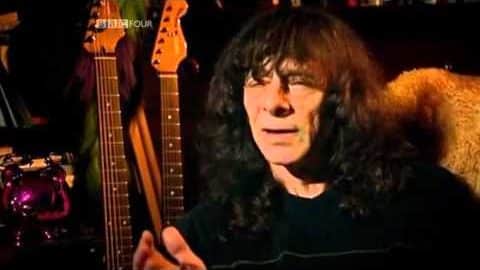 “It is with great sadness that I announce the death of my father, John Burke Shelley. He passed away this evening in his sleep at Heath Hospital in Cardiff, his birth town. He was 71 years old. Please respect the family during this time. With love, His four children: Ela, Osian, Dimitri and Nathaniel.”

No cause of death has been given at this time.

Shelley co-founded Budgie in 1967. He was the only musician to appear on every Budgie release. The band influenced hard rock and metal acts such as Metallica, Iron Maiden and Megadeth, all of whom have previously covered Budgie.

Budgie was largely inactive after 1987. In 2006, the band released its final album, You’re All Living in Cuckooland and took their last performance in 2010, during the same year, Shelley was diagnosed with a six-centimeter aortic aneurysm. Surgery was successful at that time, but it resurfaced in 2020.

“Doctors have informed me I’ve got another aneurysm, a critical one, even higher up my aorta this time,” Shelley spoke to Wales Online, “They’ve said they definitely need to operate on it straight away, but I’ve told them no.” he continued “[I] want to live what life I have left and not be crippled. It’s all guesswork really, but I’ve got faith in God and have no worries about where I’m going. So I’ll just go when He decides to take me and, in the meantime, I’ll carry on doing what I want to do. Simple as that.”