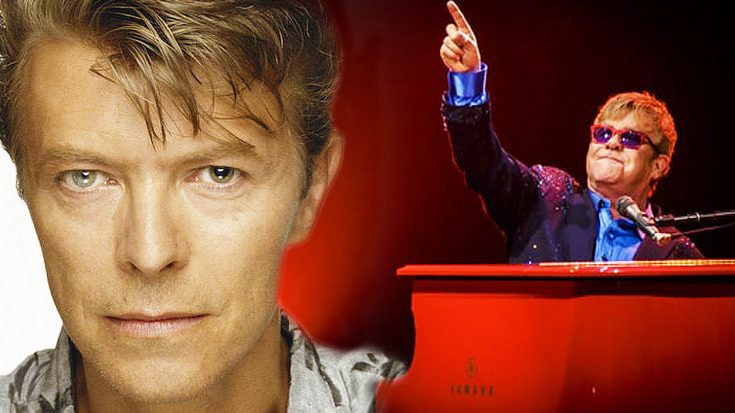 Bowie was the rocket man

It’s been a year since the world lost the legendary David Bowie at the age of 69 years old. It’s pretty difficult to believe that one year has already passed since the White Duke has left us, and since then, the world has felt a little more empty.

Ever since his passing, many artists and musicians have taken the initiative to pay tribute to Bowie. During a concert, Bowie’s good friend, Sir Elton John paid tribute to the White Duke with a tearful rendition of his own song “Rocket Man.” He dedicated the song to Bowie, and told the story of how the song was connected to Bowie. Elton wrote the song with the same writer Bowie had for “Space Oddity,” and even sought out inspiration from Bowie for the lyrics of “Rocket Man.” Following the story, Elton plays a beautiful piano solo, before transitioning into the song itself. It’s a pretty powerful performance that might bring you to tears.

Check out the fantastic dedication down below and let us know what you think!