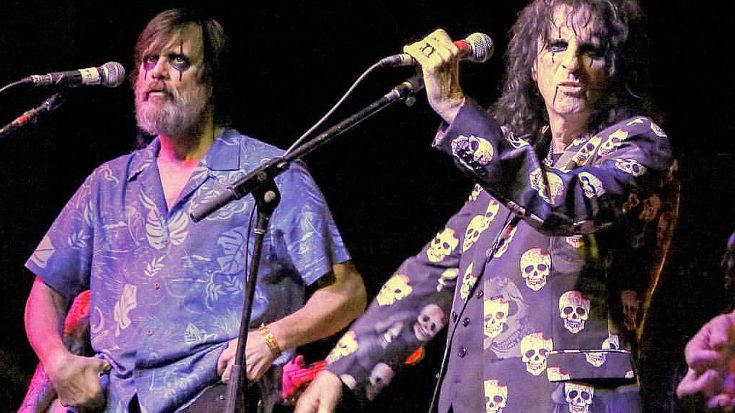 Duo Rang In New Year With Charity Show In Maui

I don’t care how cool your New Year’s Eve was – I guarantee you, it wasn’t nearly as cool as Jim Carrey’s! The comic legend hit the stage with his good friend Alice Cooper in Maui to ring in the new year with a concert benefiting Shep Gordon’s eighth annual Maui Food Bank and the Maui Arts & Cultural Center, looking almost unrecognizable in a Hawaiian shirt, gray beard, and face paint to match Alice.

Carrey and Cooper dished out a healthy serving of some of the shock rocker’s most iconic hits, performing  “No More Mr. Nice Guy” and “School’s Out” together while supported by Cooper’s backing band comprised of Nita Strauss on guitar, Damon Johnson on guitar, Chuck Garric on bass and Glen Sobel on drums. If you’re expecting Jim to not take his time to shine seriously, you’re in for a treat: not only does he have an absolutely great time sharing a stage with Alice, Jim isn’t half bad with a microphone, either! Looks like it was a very happy new year indeed for Jim and Alice – and even better, it went to a seriously good cause. Check it out in the video below!

You may not be able to sing “School’s Out” with Alice and Jim, but you can still help a great cause by donating to the Maui Food Bank here. Happy New Year!