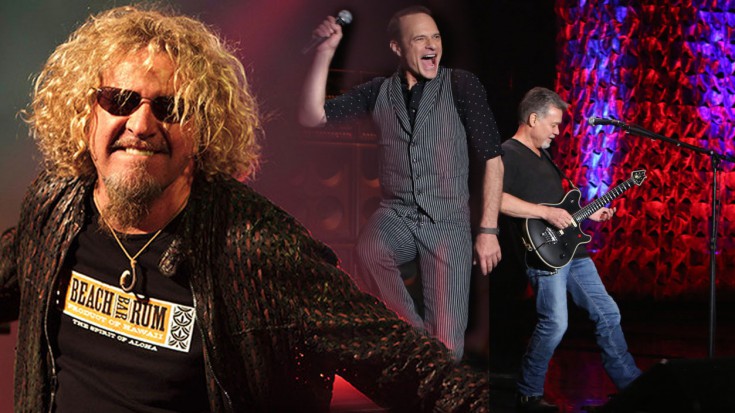 Three days after shutting down Hollywood blvd. for a Jimmy Kimmel performance, Van Halen took to the Ellen Degeneres stage to perform their classic hit, “Jump“.

“This is the most auspicious way of starting the tour,” David Lee Roth said after DeGeneres walked onstage for an interview.
“We’ve never played American television before, and it was our idea that you couldn’t possibly pick a better audience than this here. This is our Ed Sullivan Show! This is James Brown on The Ed Sullivan Show. This is The Beatles. This is a really big showcase for us.”

It was only a matter of time before Hagar, who has never seemed at peace since his removal of Van Halen, spoke out about his former band’s performance.
“Every time they do something, I’m like, ‘Oh my god, can these guys do anything worse to their reputation and to the level of the music of the  band?’”

Hagar’s treading lightly didn’t end there, continuing with some thoughts about their return to David Lee Roth as a frontman. “They’ve got some pretty rough vocals.” Hagar said in regards to Van Halen’s recently released Tokyo Dome Live in Concert album.

Hagar has his own live album on the way recorded with a new group called Circle that features former Van Halen bandmate Micheal Anthony. Roth and company are also set for a a series of summer/fall dates. What do you think of Roths performance? I think they still rocked it! Check out the clip below!