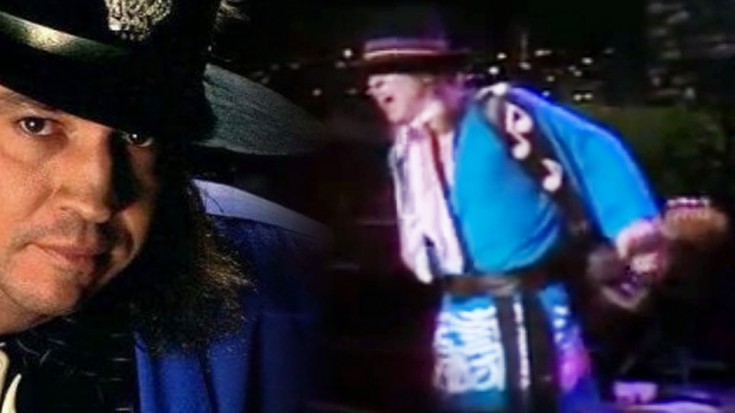 Stevie Plays Solo Behind His Back! Amazing or What?

Oh my how we miss Stevie Ray Vaughan. It’s little moments like these that never cease to amaze us. Everyone knows how much of a performer he was, but in this clip he really shows it. Such a talented guitarist taken away too early. Here you can see him just shred it up (as usual) in an awesome solo he displays here on stage.

Man, take a closer look at those strings….they are heavy, boy! Heavy! That’s what he was known for though.

Most of us have a cup of joe to start the day. Well, Stevie was a little more hardcore to say the least. To start the day off, he would sometimes pour 1 gm of cocaine into his Crown Royal which got him going. Too bad this didn’t contribute to much good. Later he would develop stomach ulcers due to his habits, eating away at the lining of his stomach.