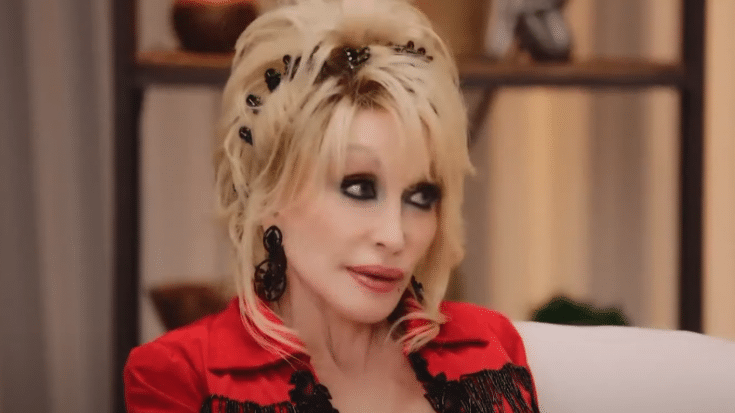 Parton wrote songs for her new country album while working on the novel of the same name co-written with acclaimed author James Patterson which is set to be released on March 7. The album has 12 songs and features guest appearances from Ben Haggard, Joe Nichols, and Richard Dennison.

The album’s third single “Woman Up (And Take It Like a Man)” was also released the same time of the album. Ahead of that, Parton released two singles “Big Dreams and Faded Jeans” and “Blue Bonnet Breeze.”

On March 6, Parton and Patterson guested on CBS Sunday Morning to talk about the making of the Run, Rose, Run novel. During the interview, Parton shared that she was inspired to make her new album while working on the book saying:

“… Songs come to me easy, especially if I know what I’m writing about.”

“A couple days after I got there, she sent me the lyrics to seven songs.”

“Well, he was sending me pages and I would get ideas for the songs… And all of a sudden, it was like, ta- da! ‘You write songs, he writes books.’ And so, I just started doing it, didn’t not thinkin’ about anything.”

See the tracklisting below and listen to Parton’s newest single.

#RunRoseRun, the companion album to my novel with @JP_Books, is out now! Enjoy this collection of musical stories about dreamers and their journeys. ? https://t.co/WdQOBHQxkE pic.twitter.com/b0mBAfNOGh