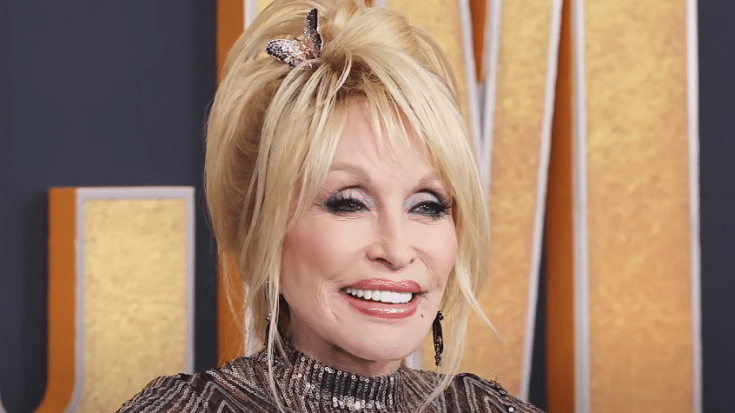 Dolly Parton collaborated with acclaimed novelist James Patterson on a new book called Run, Rose, Run to be released on March 7. Patterson contacted Parton’s team and the two soon spoke in Nashville and began working on the novel together in 2019.

Being a legendary country singer that she is, Parton helped Patterson with research about the country music industry. She also wrote some of the parts of the novel and even made 12 songs compiled into her new album with the same title as the book.

Parton says the novel reveals some of the darker side of working in the music industry. In the book description that Nashville is “where she’s come to claim her destiny. It’s also where the darkness she’s fled might find her. And destroy her.”

Parton said of the book on CBS Sunday Morning:

“It shows a lot of the dark side of it that people that have been in it, like me, you know that, ’cause you’ve lived it.”

When asked if she had experienced some of the things depicted in the book, Parton said:

“Oh yeah. You see all that. All the managers that… people that will rip you off, they try to steal your songs. They’ll con you. They’ll do whatever. I have seen it all.”

In the audiobook for Run, Rose, Run, Parton voices Ruthanna. But the singer-songwriter also hopes to play the character on-screen one day saying:

“I’m hoping to get to play that character when we do a movie of the book. Which we hope to do, at some point.”

Country superstar @DollyParton and prolific bestseller @JP_Books have teamed up on a new thriller. Set in Nashville, “Run Rose Run” tells the story of a country singer who finds out the music industry can be just as heartbreaking as the secret she’s carrying. This #CBSSunday pic.twitter.com/DTdthvjTjy