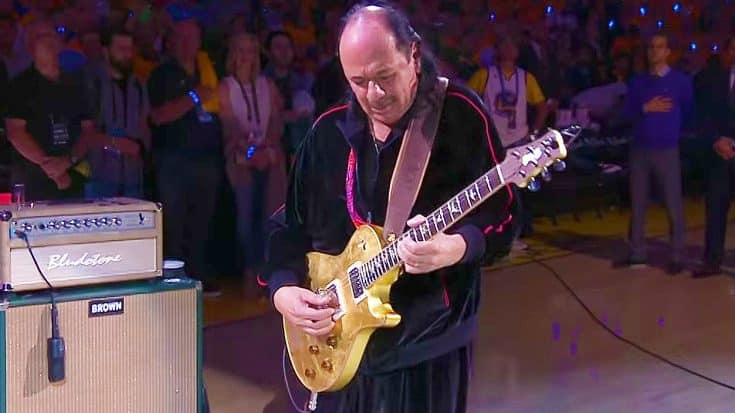 Carlos Santana has always been highly regarded as one of the best guitarists in rock history! Even at the age of 70 years old, Santana still proves that he is one of the best shredders on the planet, and over the weekend he solidified that.

Prior to Game 2 of the NBA Finals between the Golden State Warriors and Cleveland Cavaliers, Santana took center court at Oracle Arena in Oakland, California and crushed an amazing rendition of the Star Spangled Banner. Being from the Bay Area, this isn’t the first time Santana has performed before a Warriors game. Back in 2015 and 2016, Carlos performed prior to the second game of the Finals, so I guess this has become an annual tradition!

Many people are saying Carlos botched the Anthem in the performance, because he played the opening riff twice. However, this may just be his rendition. Either way, it still sounds amazing, and we were happy to see him back at Oracle doing his thing!

Check out the amazing performance down below, and let us k now what you think!