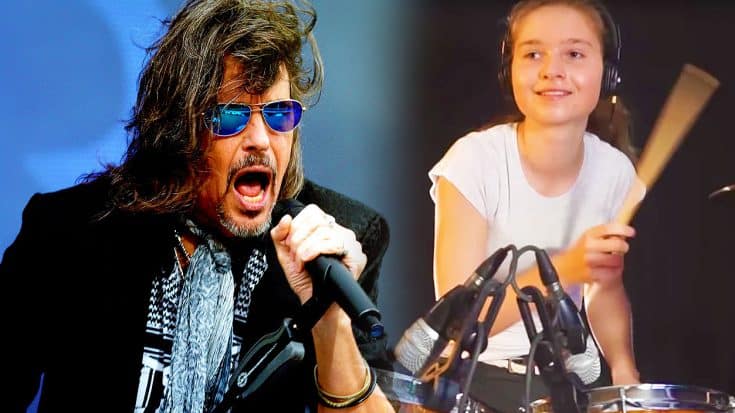 Back in 1982, Foreigner released one of their biggest songs of all-time: “Juke Box Hero.” The song has become a classic rock staple and anthem, and you’re almost guaranteed to hear it on any classic rock playlist!

Recently, YouTube drumming sensation Sina breathed new life into this all-time classic with an amazing drum cover! As always, Sina flawlessly plays this song, and stays true to the original recording, while also adding her own flare, like new fills and extra techniques! Any classic rock fan will instantly love Sina’s cover, and they should also check out all of her other covers of classic rock jams!

“That stemmed from an experience that we had, I think it was in Cincinnati. We’d gone to the arena for a sound check, and it was pouring down rain, and there were a bunch of fans waiting at the door when we went in. When we came back for the show later on, all that was left was one lonely fan, a young guy waiting out there in the rain, soaked to the skin. I thought, well, he’s waiting like five hours here, maybe we’ll take him in and give him a glimpse of what happens backstage at a show. And this kid was just mesmerized with everything. I saw this look in his eyes, and I thought, he’s seeing this for the first time, he’s having this experience. And I just imagined what was going through his mind. And I’d been toying with this title, ‘Juke Box Hero,’ I thought it was almost a satire on what we did and how it was perceived from an audience level, and public. That’s how it originated.“- Foreigner guitarist Mick Jones via SongFacts.