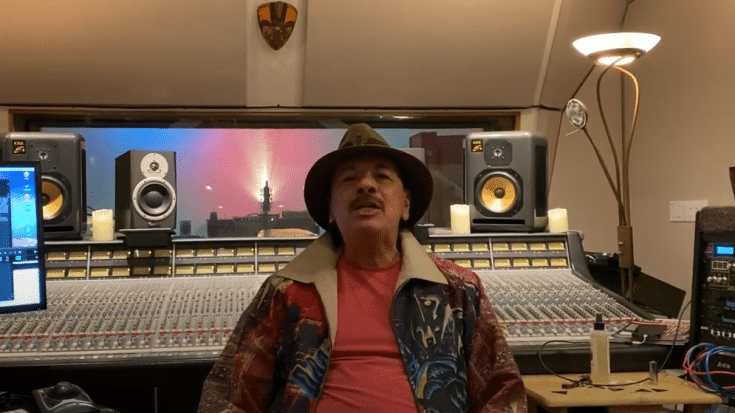 Carlos Santana has postponed six upcoming dates on his Miraculous Supernatural 2022 tour to continue his recovery following the recent incident at the Pine Knob Music Theatre in Michigan, where he passed out while performing onstage.

“I regret to inform you that the Santana band has postponed tonight’s show at Ruoff Music Center in Noblesville, Indiana. And, we are postponing the July 9 show at Riverbend Music Center in Cincinnati, Ohio; July 10 at American Family Insurance Amphitheater – Summerfest Grounds in Milwaukee, Wisconsin; July 12 at Walmart Arkansas Music Pavilion in Rogers, Arkansas; July 15 at Dos Equis Pavilion in Dallas, Texas; July 16 at Cynthia Woods Mitchell Pavilion in Woodlands, Texas. Doctors have recommended that Mr. Santana gets rest to recuperate fully.”

“Carlos is doing well and is anxious to be back on stage soon. He just needs rest. Santana profoundly regrets these postponements of his upcoming performances; but, his health is our number one concern. He is looking forward to seeing all of his fans very soon.”

The legendary guitarist collapsed after introducing the song “Joy,” from his 2021 album Blessings and Miracles on his July 5 show. The medical staff rushed to the stage and took Santana from the venue to the emergency department at a nearby hospital. Then a crew member addressed the audience that the show was canceled.

His July 6 concert in Pennsylvania was immediately postponed the next day, Vrionis reassured fans about Santana’s condition saying he was “overtaken by heat exhaustion and dehydration,” but is now “doing well.” The Miraculous Supernatural 2022 tour is scheduled to resume on July 23 in Paso Robles, Calif.