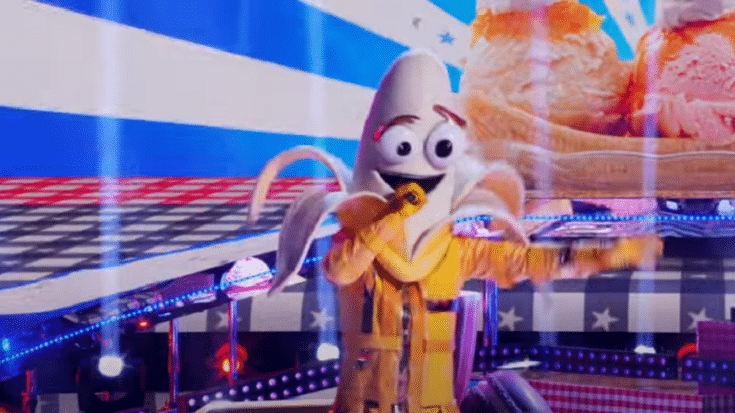 For weeks, there have been several speculations about the identity of The Masked Singer’s giant banana. And it was guest judge Sharon Osbourne who recognized Bret Michaels in just under a minute. Michaels was halfway through Bob Dylan’s “Knockin’ On Heaven’s Door” when Osbourne told the other panelists, “That’s Bret Michaels!”

Osbourne further explained, “He’s got those little legs that Bret’s got and that little little lovely little body, I think it’s just Bret.” She also shared, “I know his voice so well… I’ve known you, what, 35 years?”

The giant banana with the googly eyes first appeared on February 19 powering through Elvis Presley’s “A Little Less Conversation.” It isn’t just Sharon Osbourne who correctly guessed Michaels. Back on April 1, Jenny McCarthy suggested that Michaels may be the one underneath the costume.

Michaels revealed himself to the audience on the 10th anniversary of his near-death experience – when he was hospitalized because of brain hemorrhage. Michaels said, “The irony, not knowing that these two dates would ever line up on any level, but here it is — April 22 — and the song selection I chose came down to two songs, and I went with ‘Knockin’ on Heaven’s Door’ to sing tonight. Exactly as this show aired is when I was in emergency room, in the operating room, they were operating on my brain. And I’m singing that song. Life is ironic. A moment of surrealness tonight, for sure.”