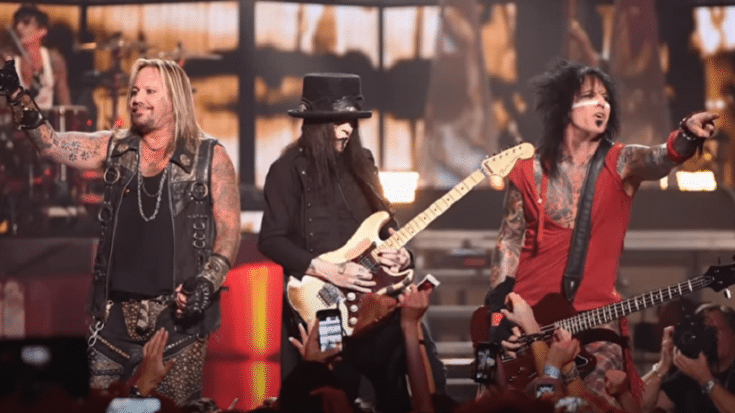 They Said They “Await Info As Well”

With the coronavirus pandemic, the entire touring industry came to a grinding halt – forcing the rescheduling or cancellation of thousands of concert events, and major festivals. For the past few weeks, more and more musicians announced the new dates of their shows – some played it safe and instead of the end of the year, they moved their tours to 2021.

One of the rock acts who haven’t updated the status of their trek yet is Mötley Crüe. Their highly anticipated Stadium Tour along with Def Leppard, Poison and Joan Jett has not been rescheduled and still slated to kick off on June 18 in Jacksonville, Florida.

Responding to a fan’s comment on social media telling them to cancel the tour so people can get refunds, Mötley Crüe said: “Bands don’t decide this. We await info as well.”

Earlier this month, drummer Tommy Lee told Billboard: “Everything’s still a go. We’re all in constant communication. [Bassist] Nikki [Sixx] and I have been in several production meetings. You’re talking multiple stadiums, so it’s like two kids in a candy store putting together something people are going to walk [away from] saying, ‘Are you f–king kidding me?!’ That’s our mission right now, and it’s definitely headed in that direction.”

He added, “By the time all this f–king apocalyptic bulls–t is over, I think everyone’s going to be in a really good mood to go out and have the f–king best time ever. I really do. I hope everyone stays inside, and we can get a f–king grip on this and get back to people having their normal lives.”