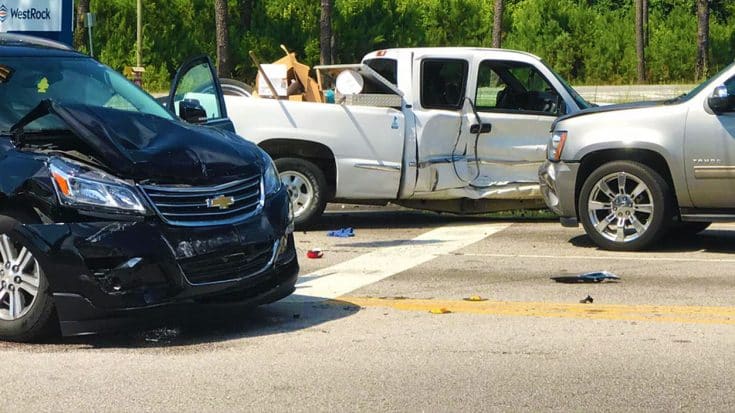 Scary news out of the Southern rock world today as we report that Marshall Tucker Band vocalist and founding member Doug Gray and his daughter, Mariah, were involved in a pretty serious 3-car accident early Father’s Day.

The two were driving through Florence, South Carolina yesterday morning when a white Dodge Ram struck their Chevy Tahoe’s passenger side head on after being T-boned by an SUV at roughly 50mph; miraculously, neither Gray or his daughter were injured in the accident.

“Well this was a Father’s Day to remember!!! My daughter Mariah and I were in an accident this morning in Florence, SC. We are OK but it could have been a lot worse!! The white truck was t-boned by the blue SUV doing about 50 mph…and the white truck hit us head on on the passenger side. Mariah and I are OK but counting our blessings!!! Keep Mariah’s Tahoe in your prayers!!!!

Gray’s legacy in the Southern rock world extends back to 1972, when along with brothers Toy and Tommy Caldwell, Jerry Eubanks, George McCorkle and Paul Riddle he formed seminal Southern rock act The Marshall Tucker Band as the band’s lead vocalist and as of 2017 remains the only original member that still performs with the band today.

Oh man, we’re so glad that Doug and Mariah are okay – we can’t even begin to imagine how terrifying that must have been. Be sure to head on over to Marshall Tucker Band’s official Facebook and send a little love their way today!