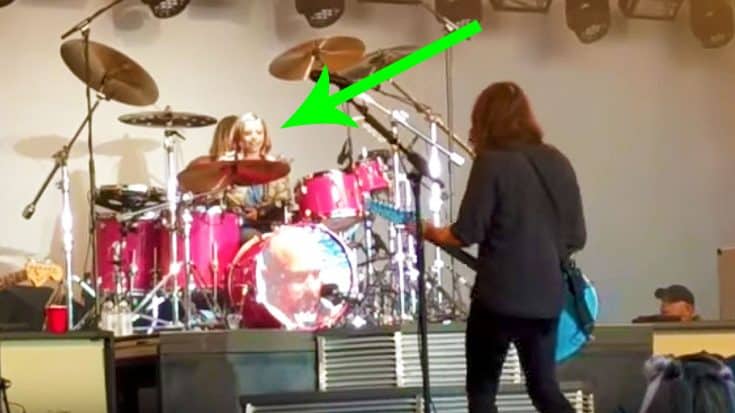 Having a parent as a rockstar must be an insane life. There would be plenty of pros and cons, for example, it would be difficult not seeing them for extended amounts of time while they are on the road. but it would also be amazing to join them on the road and see all of these cool places!

One cool thing, would be having a music teacher on hand at almost all times! During a recent performance in Iceland, Foo Fighters frontman Dave Grohl revealed that his 8-year old daughter, Harper, asked him 2 weeks ago if he would teach her drums. So Dave decided to bring her on stage, and let her play the first song she learned with the band in front of 20,000 people!

The first song Harper learned was Queen’s “We Will Rock You” and she absolutley crushed it live! She drums to the song all by herself, while drummer Taylor Hawkins sings, and Pat Smear and Chris Shifflett shred the guitar solos! It’s an amazing moment, and we’re sure Dave was one proud papa!

Check out the video down below, and see for yourself!