After Over A Year Ozzy Osbourne Finally Opens Up About Lemmy’s Death, With This Heartbreaking Statement 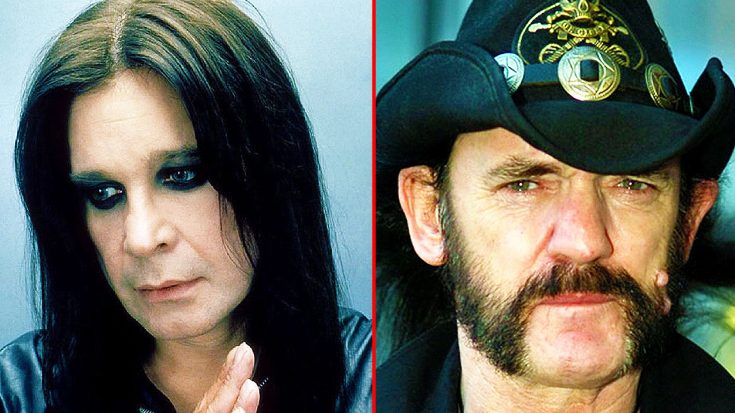 He still believes Lemmy is with him

In December of 2015, the world lost an icon. Motörhead bassist and frontman Lemmy Kilmister passed away, and the classic rock world felt a little more empty. Many artists expressed their sympathy through statements, tributes and more. But it’s taken over a year for his great friend Ozzy Osbourne to truly open up about the loss.

Ozzy was being interviewed by NME Magazine, and revealed that he believes Lemmy is watching over him, sort of like a guardian angel. The two friends always believed that Ozzy would be the first one to pass, but alas it was Lemmy. Lemmy passed from an aggressive form of cancer. Ozzy has had his fare share of health scares, but has remained fairly healthy.

“Lemmy was a good friend mine. He always used to say he thought I’d die first. Of course I feel lucky that I didn’t. I phoned him half an hour before he went and I knew there was something not right. Me and Sharon drove over, but [he] was gone.”– Ozzy stated.

Ozzy and Black Sabbath are prepping for their final shows ever, which will take place in their hometown this week.