You’ve Heard Him Rock ‘Simple Man’ – Now Get A Load Of His Swampy, Blues Soaked Cover Of “Mr. Banker” 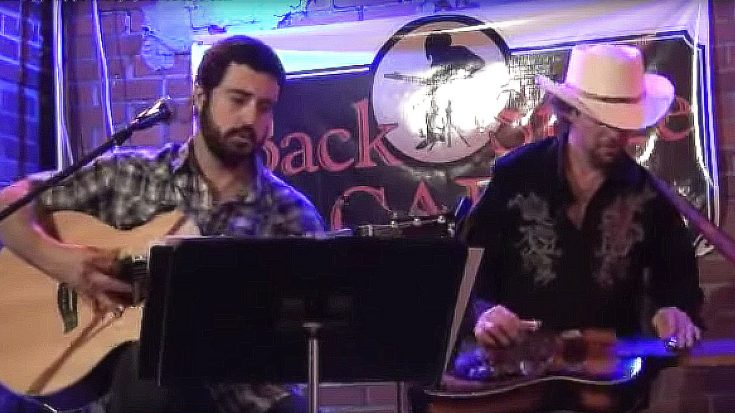 “Mister Please, How Much Does Money Mean?”

A few weeks back, we featured an incredibly gifted singer by the name of Bryan Bone, who absolutely blew us out of the water with his homegrown cover of Lynyrd Skynyrd’s “Simple Man”. Well y’all, Bryan’s back and this time, he’s brought his uncle and master steel guitarist Dean Black along for the ride as he took the stage at a local open mic night, calling forth all of that Southern rock goodness for a deliciously swampy, blues soaked cover of Lynyrd Skynyrd’s “Mr. Banker”.

It’s a far cry from the open throttle belt that was Bryan’s “Simple Man” performance, but a song like “Mr. Banker” doesn’t call for that; instead, Bryan’s raspy, bluesy plea to the bank to give him enough money to give his father a decent burial is just what Ronnie Van Zant ordered with its crying slide guitar highlighting the pain in the narrator’s simple yet seemingly impossible request. Paired with the stellar slide guitar skills of his uncle Dean, it’s clear that talent runs in Bryan’s family and when it’s allowed to marinate in the magic of Ronnie Van Zant’s musical and lyrical vision for a spell, the result is a cover you’ll want to rewind over and over again.