Chicago’s Memory Is Kept Alive And Well With Teenage Girl’s Amazing Drum Cover Of ’25 Or 6 To 4′! 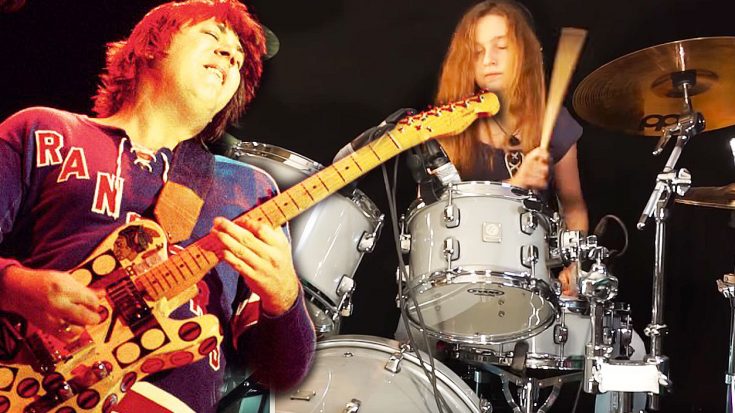 Sina Is A Young Drum Master!

In case you’re unaware, the legendary rock band Chicago has been writing, recording, and performing some of the most iconic and timeless classic rock songs that we as fans still love and hold dear to us even to this day. The band has changed its lineup quite often, but it has still remained consistently awesome throughout the years.

The band has set the bar higher and higher every time they play and they will continue to do so for many years. Many often say that the measure of a great musician is his/her ability to play Chicago songs. Well, it’s hard to disagree, especially after seeing this video.

What you’re about to watch is a video in which a young girl by the name of Sina takes to her drum set to perform a wildly good drum cover of the iconic Chicago song 25 Or 6 To 4. To put it simply, this girl would make Terry Kath proud! Don’t believe me? See for yourself!