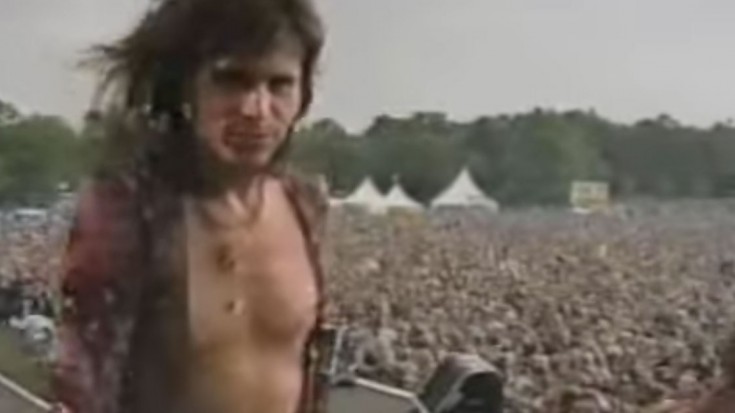 Aerosmith gets by with a little help from friends

Written by Steven Tyler, Joe Perry, and Taylor Rhodes, “Crying‘” was released by Geffen records in 1993, after their record label rejected most songs the band had written for the Get A Grip album.

They were signed to Geffen Records, whose executive John Kalodner was assigned to the band. It was his job to break the bad news that the songs they had written sucked, but he felt it was more important to look after their business interests than to form a friendship.

This was Alicia Silverstone‘s first Aerosmith video, and it launched her career. She starred in Aerosmith’s next two videos as well: “Amazing” and “Crazy,” and has since been in many movies, including Clueless, The Crush. The video also features Stephen Dorff, and Josh Holloway.

The band went on to win multiple awards:

I LOVE this song, and video. I remember wanting to be just like Alicia Silverstone. Definitely one of the best videos of the 90’s.