5 Career-Defining Drum Solos In The ’70s 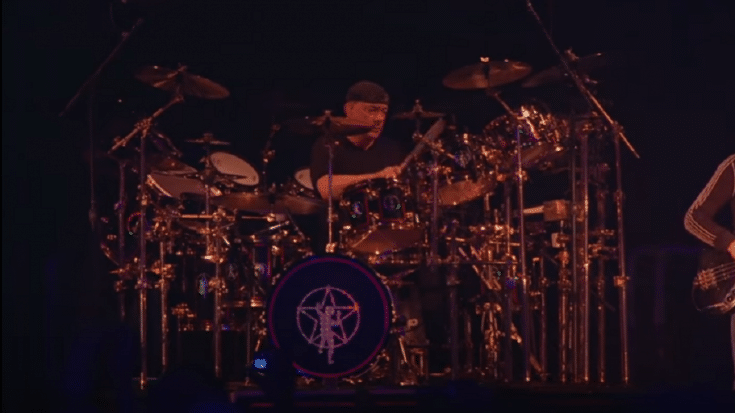 The following drum solos didn’t just add muscle to the songs but also elevated the whole track to the next level. Drummers have the best seat in the house but they also have so much responsibility resting on their shoulders. Without a talented musician behind the kit, the song and the entire performance could crumble and fall apart easily. And so let’s check out the solos that catapulted these drummers to god-tier status.

This features Steve Gadd’s first ever drum solo for a Steely Dan track and he did it in just two takes. He was already well-established because of his drumming in Paul Simon’s “50 Ways to Leave Your Lover” but his part in “Aja” cemented his spot as a legendary drummer. It’s nothing short of iconic and he inspired countless young drummers with his captivating and near-perfect solo.

A testament to Cozy Powell’s virtuosity, his drum solo became one of the highlights of the song. Powerful and creative, it’s pure magic. Thanks to his intro, the track lures you in just a few seconds into it. It’s an epic song with a lot of teeth and muscle. He played with the band when they headlined the first Monsters of Rock show at Castle Donington, England.

For Black Sabbath’s magnum opus “Paranoid,” Bill Ward delivered the goods with his spectacular drum solo in “Rat Salad.” In more ways than one, it was his very own “Moby Dick” moment. It showcased his insane chops and made him the perfect fit for a band that put heavy metal to the forefront. Influenced by jazz, it wasn’t all sheer power because he’s one funky drummer too.

We all know “Moby Dick” was Bonham’s crowning achievement but he dropped that monster track in 1969 so we’ll settle for the next best thing. At this point, Led Zeppelin already established themselves as rock titans but critics still weren’t impressed. All that changed when they dropped their seminal untitled fourth album starting with the one-two punch delivered by “Black Dog” and “Rock and Roll”. Towards the end of “Rock and Roll”, Bonzo just lets loose. It’s short but sweet.

Neil Peart was a cut above the rest. His musicianship was top notch. “Fly By Night” was the first album to feature Peart and well, he pulled out all the stops for sure. His thunderous and precise drumming immediately earned him the reputation of being one of the greatest rock drummers in the decade and the eight-minute epic “By-Tor and the Snow Dog” showcased Peart’s virtuosity and genius. It’s wild, intense, and something only Peart could pull off.